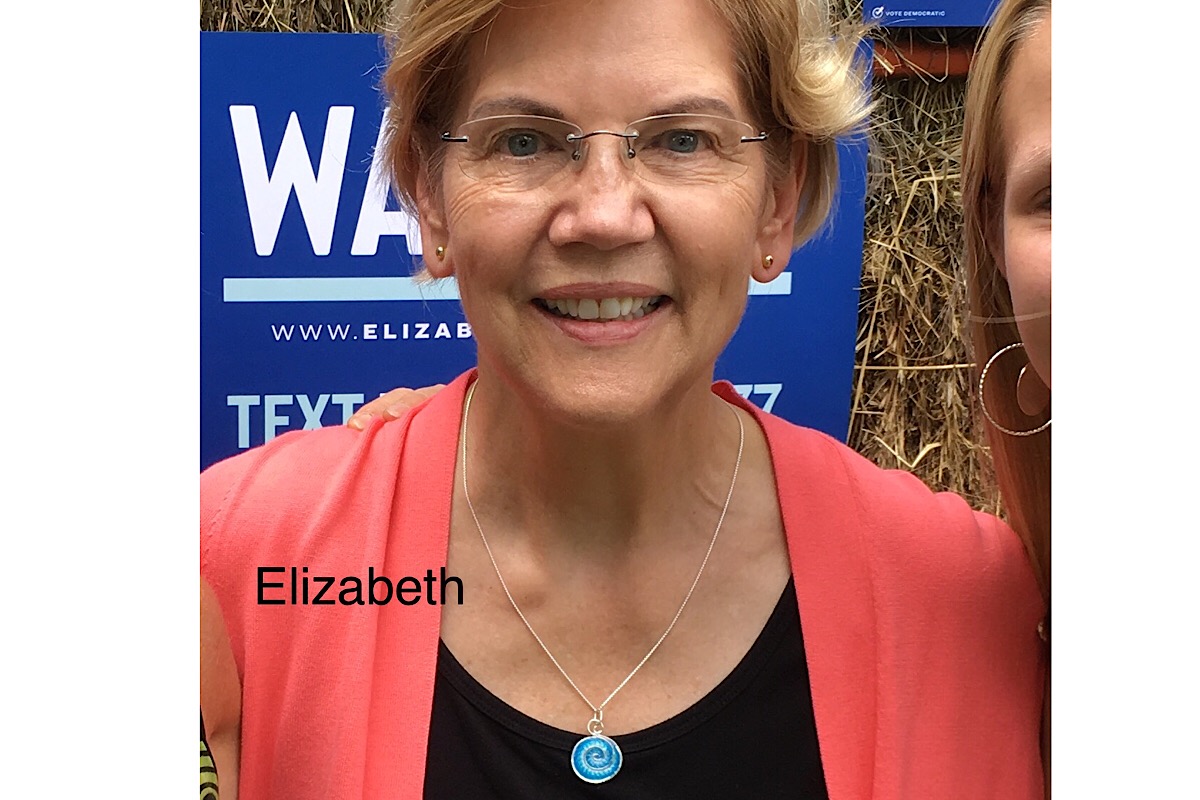 During the period of time that preceded the mid-terms of 2018, I found myself so exhausted and overwhelmed by our political situation that I did what comes naturally and jewelry popped out. In this instance, it was my rendition of Blue Waves (guess that just tipped my already-pretty-transparent azure hand, eh?). Although they were blue waves, they also symbolized water, the power of nature, and the beauty of our earth, so they had a little more to say than simply, "Vote blue!". With this in mind, I made them with gusto, and sent them out into the world. I gave a pair to Annie Kuster, our state rep to D.C. here in NH, who wore them all through the last days of the campaign to her victory. I also sent them to seven, count them seven, Democratic women who I admire, including Michelle Obama, among others. I mailed these during the same week when 16 Democratic political figures received pipe bombs in the mail, coincidentally, so the possibility exists that my name is on a list somewhere. My intentions, of course, were only good, and my jewelry does not tend to be explosive, so no harm done. In more recent times (up until three months ago), my mother (age 90) and I have pounded the trails in NH to hear a number of Democrats speak. And we have been inspired time and time again. And I have given out more Blue Wave jewelry. I am still making Blue Wave jewelry, and looking towards a time when we can work to build bridges and work towards uniting our country for the common good.